It's behind you: the making of a computer game

Maybe Time Scanner being a SEGA title needed more of a guarantee that it would be completed to a high standard while R-Type coming from a little known Japanese company called IREM could be allowed to slip a little, time and quality-wise. Whatever the truth the incentive was there to keep the prestige title in-house at Catalyst and feed the scraps to me in Wales.

Level One was definitely the longest and most varied of them. [...] Level Two was big snakes and giant scorpions and that was really it. Level Three was the Big Ship and nothing much else. Level Four was Level One sprites with a changing background. Level Five was more big snakes. Level Six was a maze with giant pistons. Level Seven was Level One again but with more of everything and Level Eight seemed to be where the designers gave up and went home early.

Despite what I just wrote about the boredom of coding Level Seven it does contain what I consider to be the best few seconds of the entire game when around halfway through the level almost fourty of what we called Yellow Butterflies stream from the top of the screen, do a ninety degree turn and head off across the display. In the arcade game proper this comes across as just another sequence of sprites but on the smaller more tightly packed display of the Spectrum it pretty much becomes one of those WTF moments.

It's well known that this particular Commodore 64 version of R-Type was never released, instead another version coded by Manfred Trenz at Rainbow Arts who stepped in at short notice was, and I have to say that I doubted this story at the time and I don't believe it to this day.

Identifying some of the game's strong points - the learning curve, the weapon systems, the limited play-ons - it's one of those reviews that you feel no matter what the final score, the reviewer has actually played the game and is telling it like it is.

Masters of Doom: How Two Guys Created an Empire and Transformed Pop Culture

Carmack didn’t go on BBSs only for games. Here, he could research the most thrilling and illicit strains of hacker culture.[...] And he learned about bombs. For Carmack, bombs were less about cheap thrills than about chemical engineering–a neat way to play scientist and, for good measure, make things go boom. Before long he and his friends were mixing the recipes they found online. They cut off match heads and mixed them with ammonium nitrate, made smoke bombs from potassium nitrate and sugar. Using ingredients from their high school science class, they brewed thermite, a malleable and powerful explosive. After school, they’d blow up concrete blocks under a bridge. One day they decided to use explosives for a more practical purpose: getting themselves computers.

Late one night Carmack and his friends snuck up to a nearby school where they knew there were Apple II machines. Carmack had read about how a thermite paste could be used to melt through glass, but he needed some kind of adhesive material, like Vaseline. He mixed the concoction and applied it to the window, dissolving the glass so they could pop out holes to crawl through. A fat friend, however, had more than a little trouble squeezing inside; he reached through the hole instead and opened the window to let himself in. Doing so, he triggered the silent alarm. The cops came in no time.

Since Doom’s release, Carmack had immersed him self in side projects: programming conversions or ports of Doom for other game platforms, including the Atari Jaguar and the new console from Sega. Id was getting good money for the gigs, $250,000 from Atari alone.

I speeled my drink!
Nach oben 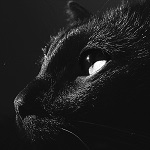 We Don't Need Roads: The Making of the Back to the Future Trilogy

They had heard of the many problems that plagued the DeLorean Motor Company, and the reports of the cars’ poor craftsmanship, but neither Bob had personal experience with the car. As cameras started rolling on Future, they discovered that the vehicle’s performance was as horrible as its design was unique. “It was a cool-looking car, but it really wasn’t a good car,” Neil Canton says. “There’s a reason why it never really became a successful seller.”

Because of the height differential between Eric Stoltz and Michael J. Fox, some of the custom parts added to the car were harder to utilize than they otherwise would have been. For one, when Marty attaches the electrical conductor hook to the back of the DeLorean before the scene where lightning strikes the clock tower, Fox was initially unable to reach the female end of the connector due to the protruding exhaust vents on the back of the vehicle. In order to accommodate their new leading man, a wooden step was fashioned to provide Fox with some extra lift.

In the run-up to the film’s release, Michael J. Fox took to describing the movie as one that audiences should plan on spending $20 to see, four times the average going rate for a multiplex ticket at the time. His reasoning was that it would take several viewings to catch all of the hidden gems the Bobs had incorporated into their script, such as the film titles on the Hill Valley cinema marquee and the ledge of the clock tower either appearing wholly intact or broken, depending on whether the characters were in the timeline where Doc had chipped the ledge or not.

In total, the opening was filmed three times, as Zemeckis wanted to see all of the elements on-screen in one long take without any edits. The effect on the audience is strong, especially on repeat viewings, but at the San Jose preview, the viewers quickly grew anxious. [...] “No one ever sees a movie in a vacuum,” Bob Gale says. “They know at least a little something about it when they buy their ticket. That’s the reason we were never worried about the long exposition at the beginning. [...] We believe in what I call the ‘twenty-five-minute rule.’ An audience will sit still for twenty-five minutes before their attention goes south—but you still should give them the sense that something is going on, that the filmmakers have a plan and know what they’re doing, even if the audience isn’t sure what it is. Show them interesting things, get them invested in the characters. It’s different from writing a TV show, where you have to make sure the viewer won’t change the channel. In a movie theater, it’s rare for people to walk out, and especially rare that they walk out in the first thirty minutes.”

When Universal released Back to the Future on VHS and Beta on May 22, 1986, a new title card appeared in that familiar red and yellow italicized font before the end credits began: “TO BE CONTINUED . . .” [...] “I know we approved the typeface and placement of it. It’s possible I was involved in how it was going to work creatively. And similarly, we were the ones who had it removed for the 2002 DVD release, because we wanted the DVD to represent the movie as it was seen theatrically. I still get people swearing to me that they remember seeing ‘To Be Continued’ in the theater back in 1985.”

Glover addressed his concern with the film’s ending in an extremely unorthodox way. “Crispin had a real problem with his wardrobe in that scene,” Gale continues. “He wanted George to be bohemian and look like an eccentric college professor. In fact, if you look at the film, the author photo on the back cover of his novel shows how Crispin wanted the character to look.

That’s why Hill Valley in 1985 was so much different from Hill Valley of 1955. What we needed to do, for story purposes, was introduce elements into 1985 that were not there in 1955. In the beginning of the first movie, you can see that Dr. Brown’s garage was right next door to a Burger King, right? That’s because his house is torn down. All that’s left is the garage.”